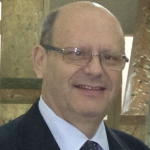 Has been teaching French public law and comparative public law, European community law and international law, as well as public administration as an assistant professor at Paris II University (1980-1985), as an associate professor at ESSEC Business School (Cergy-Pontoise, 1980-1985) and later as a professor at the University of French West-Indies and Guyana (Guadeloupe-FWI, 1989-1991) and at University Paris 1, Panthéon-Sorbonne (1992-2007 – on secondment from 1/09/1998 to 30/09/2007), where he held amongst other the course on Administrative justice (contentieux administrative) . Professor of Comparative Public Law the European University Institute, Florence from September 1st 1998 until 2008. Head of the Law Department from 1 October 1999 to 31 October 2003.

Specialized in research and training for senior civil servants in the fields of comparative public administration and management and also in the field of European affairs and regional integration when working as a lecturer and later an associate professor at the European Institute of Public Administration (IEAP/EIPA-Maastricht, The Netherlands, 1986-1989) and Director of research and publications at the International Institute of Public Administration (IIAP, Paris, France, 1992 -1995). Chief Editor of the Revue française d’Administration publique from January 1992 to September 1995. Visiting Professor at the College of Europe (Bruges, Belgium) from 1993 to 1998, and at the Universitat Autonoma (Barcelona, Spain) from 1994 to 1997.